Fresno is located in the Central Valley in the middle of the state of California. They are known to grow vineyards and especially grapes. Modesto area is also well known for their Almond orchard's. They produce about 20% of all Almonds for the world in this small region.
The weather is hot and dry for most of the year. Like in Utah, they have temperatures around the 80's to 100's from May to October.  The winter is more mild from November to April with temperatures as low in the day as 50 degrees. It's rare for the Central Valley to get snow, but when it does, it's a blessing. In the winter, their average rainfall per month is about 1-2 inches from November to April. They also have thick fog in the mornings due to the ocean nearby. The smell of cows takes affect in the dampness of the winter fogs and rain.
Interesting fact about my mission is that it contains half of Yosemite National Park near the upper right border of the mission. It would be cool to see it one day.
Finally, my first mission president's name is Jeffrey D. Clark and his wife Bonnie L. Clark. They have 5 kids and have been church leaders in their own ward here in Utah.
My other Mission President was Brent Alan Palmer, and Karen Sue Testi Palmer. They have 4 boys and a girl. They both have served in many callings in the church up in Mercer Island Ward, Bellevue Washington South Stake: California Modesto Mission. Brother Palmer served as an area executive secretary and is a former stake presidency counselor, stake mission president, bishop, elders quorum president, ward mission leader and missionary in the New York Rochester Mission. Executive vice president and chief valuation officer, New Tower Trust Company. Born in Salt Lake City.
Sister Palmer served as a ward Primary worker and is a former stake Primary presidency counselor, ward Young Women and Primary president and ward missionary. Born in Erie, Pennsylvania. 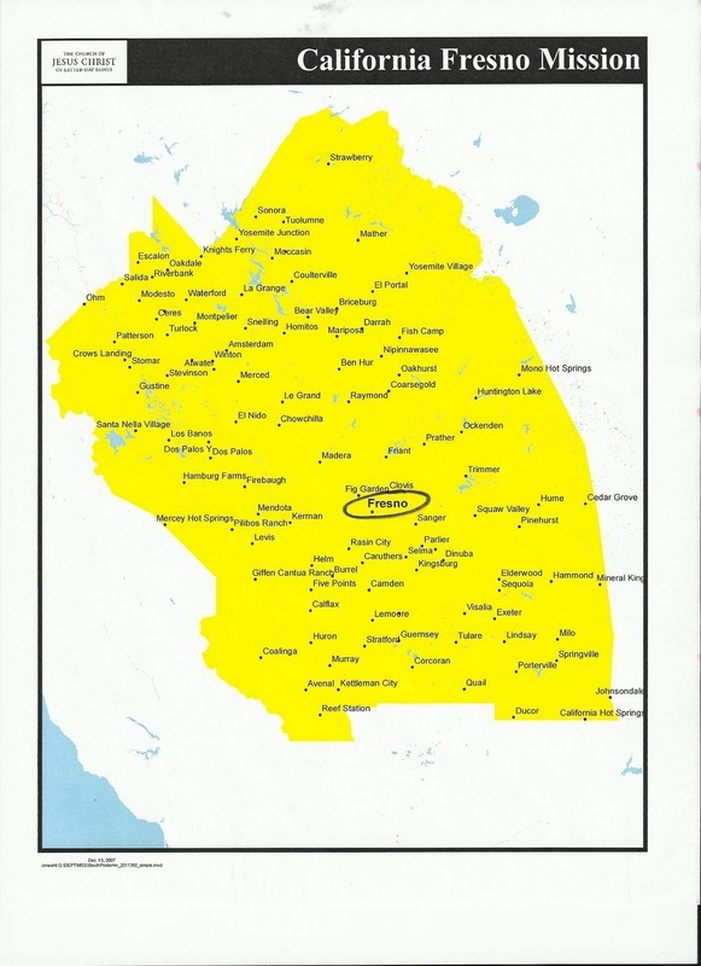